The Seattle Public Library Foundation is pleased to announce the three winners of the 2021 Stim Bullitt Civic Courage Scholarship.

First-place winner Julianna Folta and runners-up Eric Anthony Souza-Ponce and Taylor Yingshi each won tuition support from the Foundation by writing essays on courageous Washingtonians who made their communities a better place by fighting for their ideals.

Running 8 years strong, the essay contest honors the legacy of the late Library supporter, community leader, and activist Stimson Bullitt, who believed that civic leadership could make a lasting positive impact on society. The contest challenges local high school and college students to write an essay about an individual or group from Washington state who demonstrated the courage to advance an important community issue at great personal, political, or professional risk.

Each year, $10,000 is divided among three outstanding students and their essays are permanently cataloged in The Seattle Public Library’s Seattle Room.

We are grateful for the time and efforts of the local authors who judged the finalists: Kristen Millares Young, Jon Krakauer, and Jonathan Raban.

Congratulations to our winners! 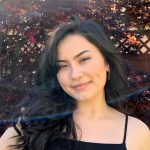 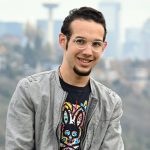